The History of Skydive Ramblers

Back in 1966, Bob Morrison was the original Rambler. He trained up Instructor Dave McEvoy in 1967. With Bob, Dave and another Rambler, Phil Whatmore, made the Australian Parachute Team in 1970 and went to the World Parachute Championships in Yugoslavia.

Upon return from oveseas Dave carried the Ramblers torch and founded Ramblers Parachute Centre in 1974, opened a parachute shop at on Wynnum Road at Norman Park in Brisbane and started training new students professionally. Dave eventually brought the shop. The Shop was is use until 2008.

In 1976 Dave founded the successful Australian parachuting magazine ‘Rambling On’ to communicate with jumpers nationwide, after the previous magazine, the Australian Skydiver Magazine folded. 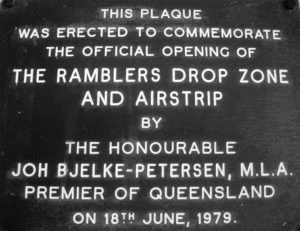 In October 1979, Dave purchased the land at Toogoolawah and built the drop zone from the ground up.

In 1979, Ramblers became the first Parachuting organisation in the world to use modern sport parachute equipment (piggyback systems) for student use.

In 1982, Ramblers was the first organisation in Queensland and second in Australia to adopt the Accelerated Freefall (AFF) method of student training.

From the very beginning Dave realized the need for an independent skydivers club for qualified recreational parachutists and their families so the Toogoolawah Skydivers Club (TSC) was formed. The Club continues to support all jumpers at the Drop Zone who take up this new and exciting sport.

During the 80s Ramblers Drop Zone was the host of two international skydiving competitions, the South Pacific Championships and the World Cup of Canopy Relative Work.

In 1984 the Drop Zone acquired a Twin Bonanza 10 pace aeroplane.

In the early 90s, Ramblers was the first operation in Australia to use the Tandem Assist (TAF) method of training students.

In 1994, the Drop Zone hosted the first Equinox Boogie, which is regarded as Australia’s premier international skydiving event. The Equinox Boogie continues to draw skydivers from across Australia and the world every second year.

In 2000, the Australian National Skydiving Championships were again hosted at Toogoolawah and were held there for another two consecutive years.

Skydive Ramblers is the longest running and most experienced skydiving institution in Queensland. To this day, Ramblers continues to grow and reach new heights in the Sport and in the Industry. Ramblers is undoubtedly Australia’s most progressive parachuting and skydiving training organisation – a leader that has set the standard for other drop zones to aspire to.

The Ramblers drop zone has grown into a style of Country Club – a Resort for skydivers! It is regarded as one of the Top 10 drop zones in the World, for the facilities, the training courses, the weather, the aircraft, the people and the fun. Ramblers Drop Zone at Toogoolawah is an excellent place to Learn to Skydive and to do Tandem Skydives, as well as for fun jumping action, team training, Learning Curve Camps, and Instructor Rating Courses.

1971/72 Ramblers jumped at the Caloundra Airport.

1973-76 Ramblers jumped at the Aroona Drop Zone, at Kerry near Beaudesert.

1976 Ramblers moved back to the Sunshine Coast to the Caloundra Downs Drop Zone.

1978 Ramblers jumped at the Kingaroy Airport, before David McEvoy bought the land on 7353 Brisbane Valley Highway at Toogoolawah and the local council built the airstrip.

1978 was also the year that Macca first jumped into the Ekka, the Brisbane Exhibition. The Ekka jumps continued until 2006.

Ramblers Drop Zone at Toogoolawah was established in 1979. First jumps were made on the 2nd Saturday in February from the Cessna 180 VH-RJN. Jon Kent was the first to land, just before Macca.

The original Club House was moved from Brisbane (after it was moved back from Russel Island!) and erected at the drop zone for the weekend jumpers to have a home. 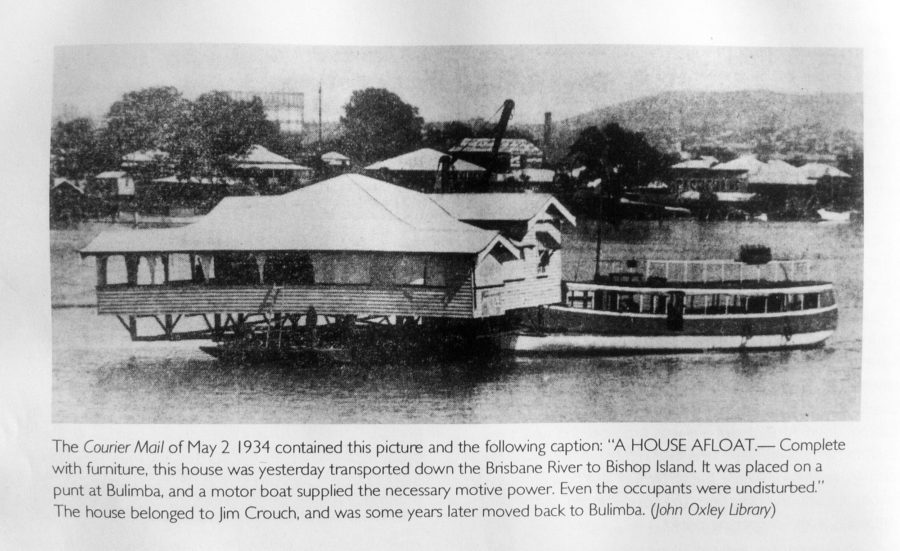 1984 – Pool Official Opening. The pool was built by the Toogoolawah Skydivers Club.

In 1984 Ramblers were the first in Qld to start AFF – Accelerated Freefall Courses, in addition to the traditional Static Line progression.

1985 – The huts for accommodation were moved to the Drop Zone.

2007 – The 2nd Skysisters Female Skydiving Convention at Toogoolawah saw a new female wingsuit flock and a CRW record being set.

Great place to visit, top food and hospitality and plenty of Skydiving activities to watch and enjoy.