Love is in the Air – Valentines Day – Heart Jump

“Happy Valentine’s Day 2022 💗😍❤️
LOVE IS IN THE AIR — LITERALLY 💞
Well this is a little something different for your Valentine’s Day!
These experienced skydivers, aged between 35 and 76, jumped from 14,000 feet to make this heart-shaped formation — while freefalling at about 200km/hour! Wow 😍
Thanks for sharing the love all the way from Toogoolawah in south-east Queensland!
📹 David Brown”

“Love was in the air over Toogoolawah this morning. A group of 13 skydivers between the ages of 35 and 76 created a heart-shaped formation in freefall for Valentine’s Day. 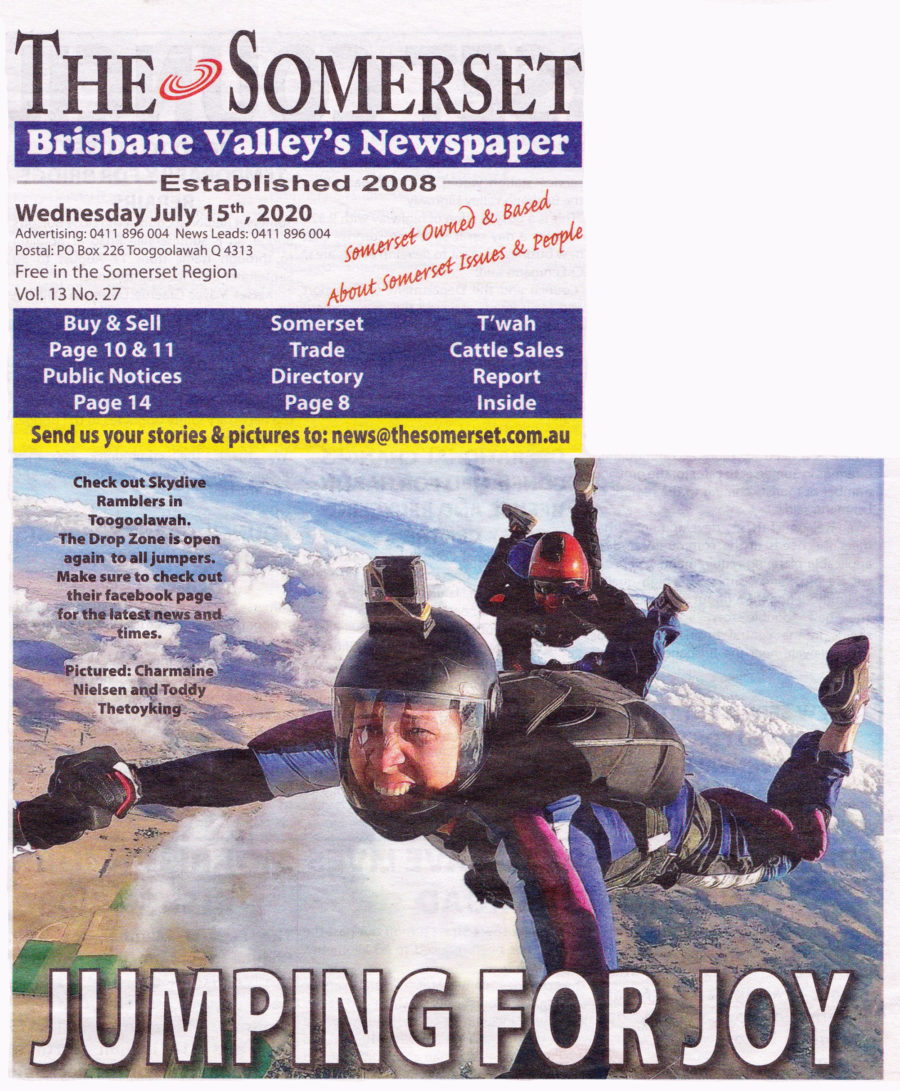 “These australians are skydiving nude to break a world record” 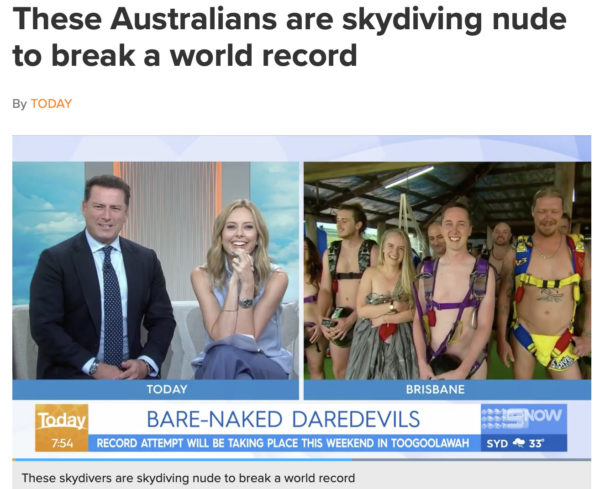 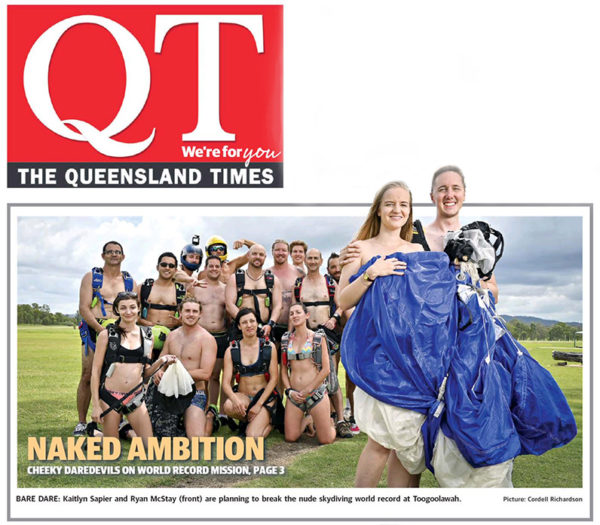 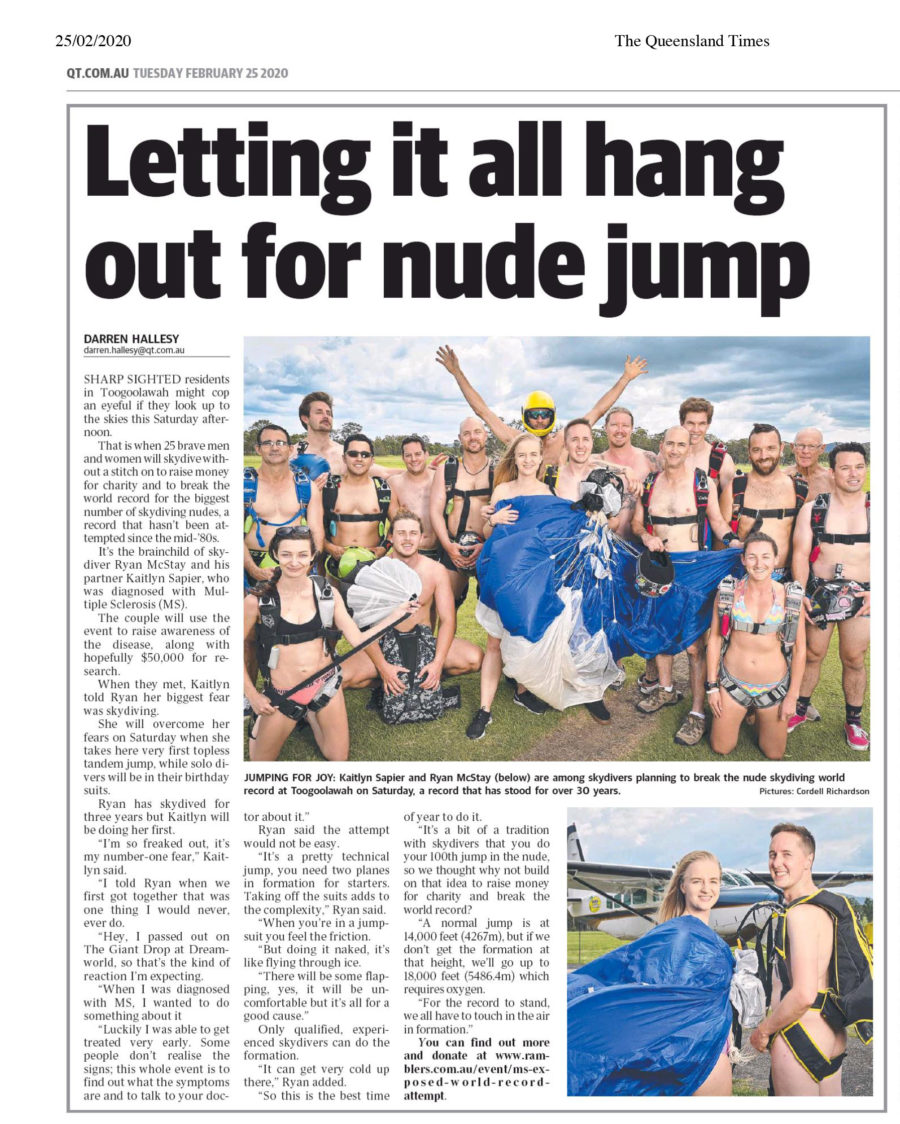 If you’re a subscriber, you can read the full article here: https://www.qt.com.au/news/nudes-to-fall-from-skies-on-saturday/3952624/ 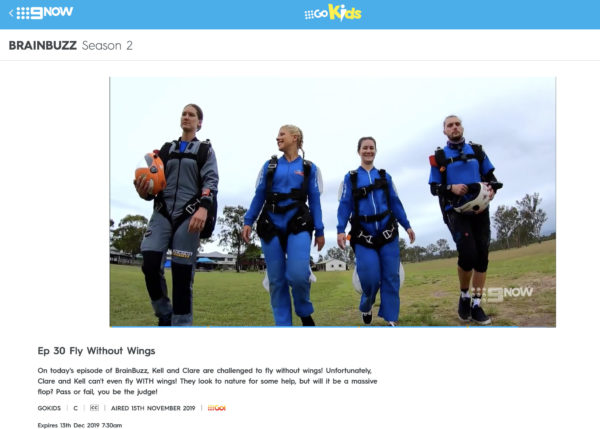 Thanks and congratulations to Clare Van Dorssen and Kellyn Morris for passing the seemingly impossible challenge of flying without wings! Thanks to Channel Nine and the BrainBuzz children’s science show for coming to fly with us at Ramblers Toogoolawah. GoKids! 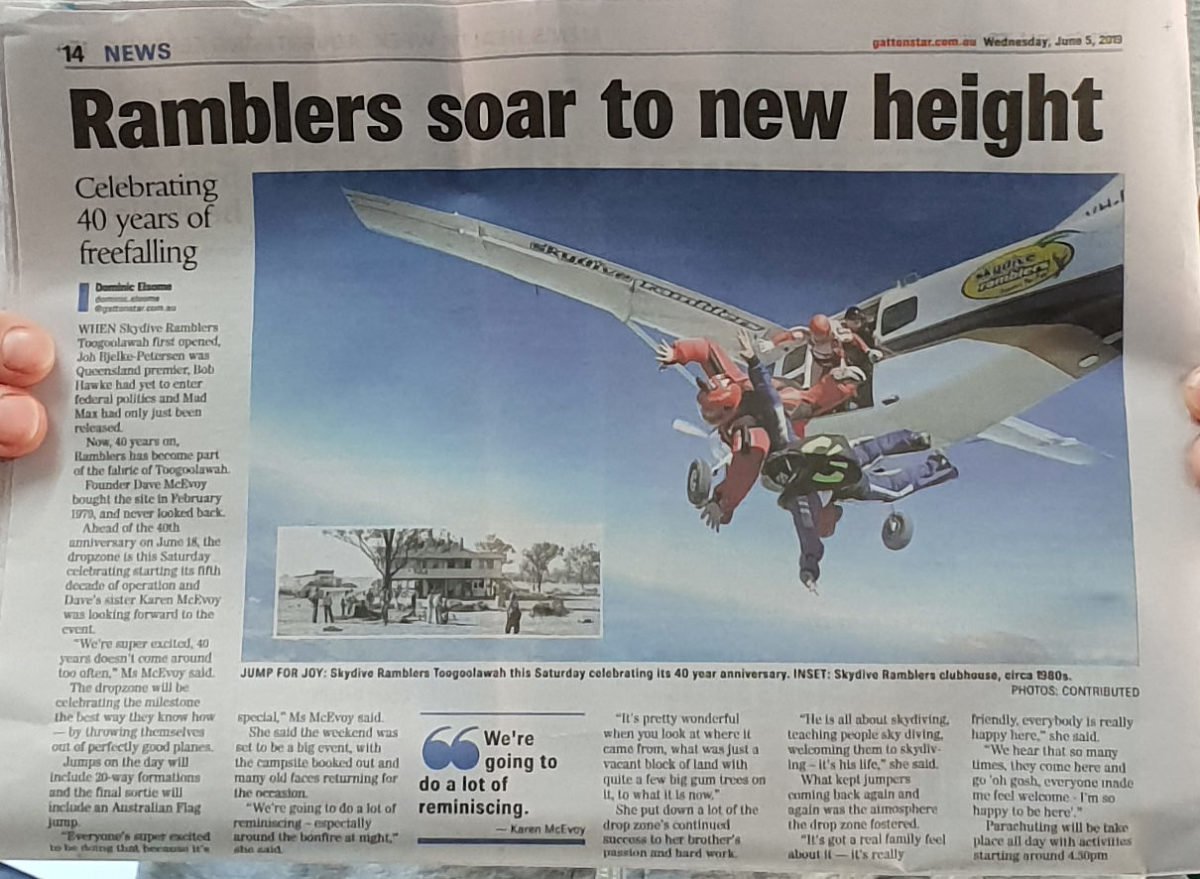 I’m A Celebrity…Get Me Out Of Here!
Jorgie Porter And Susannah’s Unbelievable Helicopter Skydive
(with Chief Instructor Wayne McLachlan hard at work jumping from choppers…) 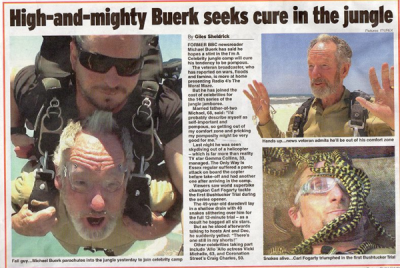 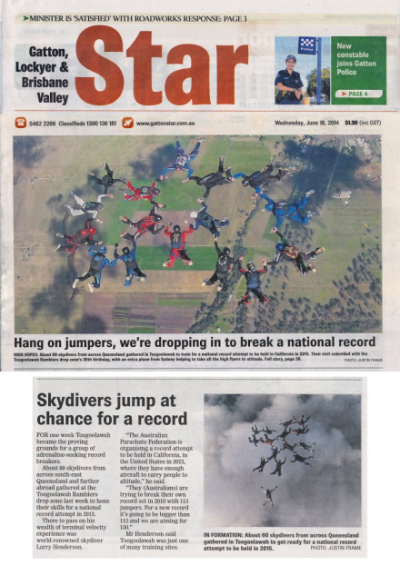 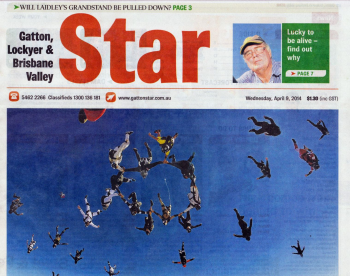 “Put away the knitting needles, forget the Bingo! Meet the skydiving senior citizens who prove you are never too old to try anything. (…) They are not the usual sky high dare devils. This group is aged between 60 and 74 years old. 14’000 feet above the town of Toogoolawah, north west of Brisbane, they’ve become the first to complete a sequential formation skydive by people over 60. But don’t be fooled by their age, these skydivers have nearly 50’000 jumps and 848 years of life experience between them.” + Interview on site!

“Australia’s best skydivers have soared to new heights setting a hat trick of records. The high speed high stakes action unfolded in the skies above Toogoolawah, when more than 100 of competitors are throwing themselves into the National Skydiving Championships.”

ONLINE COVERAGE OF THE NATIONALS

TOOGOOLAWAH DROP ZONE IN THE MEDIA

Over the years, Ramblers have starred in all sorts of TV Shows and Advertisements. We do all our own stunts!

Maybe you have some skydiving ideas for your own movie, advertisement or product? Let’s talk! We’re always up for new ideas and challenges.