It’s Newsletter time, it’s Monday 7th of October and it’s Learning Curve Camp week! It’s also the last day of a long weekend so there was still a lot of weekenders here to make the most of it. Plus we had our newest First Jump Student Jason Schmidt here for did Stage 1 of his AFF Course. Shuyi Zheng was also here and did Stages 5 & 6. Ten full  loads were done & 43 jumpers were here to do them. It was a great start to the LCC and the DZ Coach House Cafe was here for the week.

Tuesday was a bit windy. We still managed 8 loads & 28 LCC skydivers and beginners made the most of the non-windy weather. Darren, Adrian and Sara kept the troops interested with some seminars during the day. Wednesday was great weather. Jason Schmidt managed AFF Stages 2 & 3 and Kenny Zhang did Stage 3. It was a busy day. There were 16 loads done & 37 jumpers did them. There was all sorts of jumping going on. Harvey’s landing debrief video was a winner as usual. 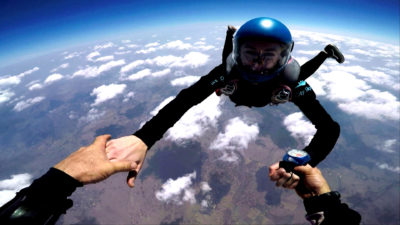 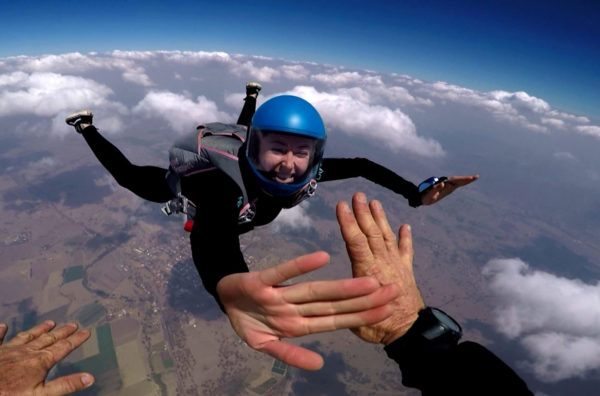 Thursday was almost as busy as yesterday. There were 9 loads done & 35 jumpers got stuck into it.  Jason Schmidt and Kenny Zhang continued on with their AFF training. The LCCers were as keen as.

The weather was against us on Friday. We needed the rain so no one complained. Max Collins managed to get his Tandem done. Patrick Baumann also managed to get his Stage 9 done, congratulations! Cheyne Kupfer was back and did a Refresher Course to get back in the air. There were only 3 loads done for the day and a number of jumpers left early. It was still one of our best Learning Curve Camps – lots of smiling happy people had a good week. Thanks for coming, see you in December! 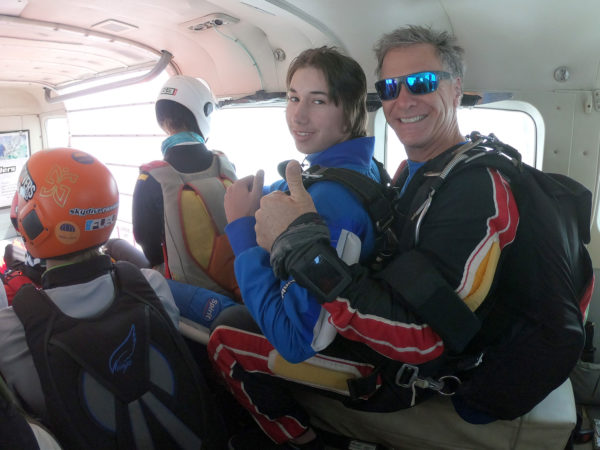 “I would like to sincerely thank the team at Ramblers for running the Learning Curve Camp last week. It was an incredible week of jumping, packing, seminars and assistance from your top-class instructors. I understand that it is a big week for you guys and that you don’t get much down-time with us attending so I really appreciate the time you put into ensuring that we each are moving in the right direction within the sport. Personally, I am very appreciative of the chance to undertake several different types of jumps during the week and to meet others from the local and wider areas who have a similar love of parachuting.   Please keep running these camps and I look forward to catching up at the next one (or hopefully sooner so I can better retain my currency!).

The rain kept falling Saturday morning and cleared right up about 11.00am. However the damage was done and not many weekend people showed up. However all was not lost and new students Tim Hanfield & Luke Robertson spent the rainy weather in the classroom doing the First Jump Course and were rewarded with their Stage 1 in the afternoon. Jarrod Potter was back for his Stage 9 completing his AFF. Well done. Five loads were done after the rain cleared. 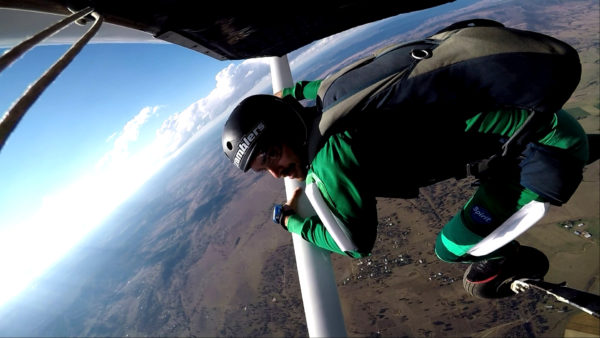 Sunday was beautiful. The DZ was back on track, about 30 people got the plane up for 10 full sorties. Luke Robertson did AFF Stages 2, 3 & 4. Clinton Howard returned for Stage 2 of his AFF Course and Ivan Wang returned for Stage 6.  There were 10 loads done. Last load of the week saw free beer handed to the last people to land for the week, and what a great week it was.

See ya, and a special thanks to the DZ Ramblers Team and Harvey for a great effort resulting in a great LCC.

These guys are a well oiled machine, what an amazing experience and such awesome people and facilities! A MUST for all!