Monday 28th October  – Another great start to the skydiving week. Sergio Villagra joined us in Tandem skydive with Adrian. Brothers Joel and David Pearson stayed for another week and smashed out 5 jumps today including a few B-Rel jumps with Darren.  Oli Morris jumped his new toy today. Peter Sampson received his Headup crest with Darren – Congrats. 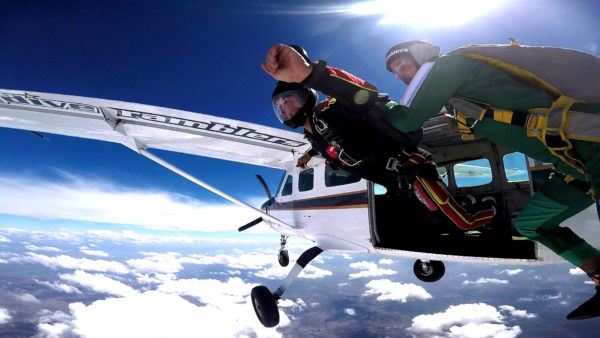 Tuesday Rob Morley was back after a few months away from jumping. Rob completed a refresher course and was back in the skies in no time – Welcome back. David Pearson completed B-Rel 6 with Ty and Instructor Sara.

Wednesday Wacky Wednesday was here and turned into a great day of skydiving and laughter. Jasmine Zhao returned and completed Stages 7 & 8 of her AFF Course.  Helen Mendes powered through her B-Rel jumps with Sara. Seth Gilson also completed his B-Rel 5 with Robin.

Thursday was upon us and everyone was still jumping hard. New student Corey Waldron completed Stage 1 of his AFF Course, he loved it so much that he upgraded to a 15 jump package… go Corey!  Adam Young retuned and completed Stage 4.

Friday 1st of November! Where has the year gone! Anyway, Funtastic Friday was here at last. Blue skies and light winds made for a great skydiving day. Corey Waldron completed Stages 2 & 3, and Daniel Fitzpatrick completed Stages 3 & 4 of his AFF Course – Go boys! It was shaping up for a good weekend, but….

On Saturday – Well the forecast said it was going to rain, BUT it didn’t, the weather man was wrong! We managed to squeeze in 6 loads in. The Tandems today were Steven Freeman and Daniel Blizzard – congrats on taking the leap. 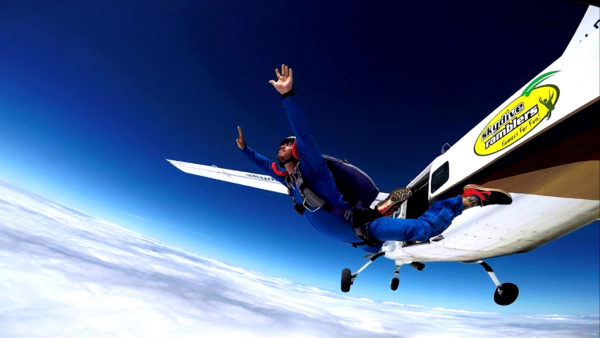 “What an amazing weekend! I had an awesome time coaching starcrest, the stoke level of all the participants was epic! Congratulations to Gio for completing his last Star Crest, Carl for completing all three woohoo!!! Tayia and Nate for completing their first two!!! Thank you to all of the helpers these days aren’t possible without you! You all made my Day and reminded me why I love being a coach !!      Proudly sponsored by Apf Fi Fund, SQPC and Skydive Ramblers.” 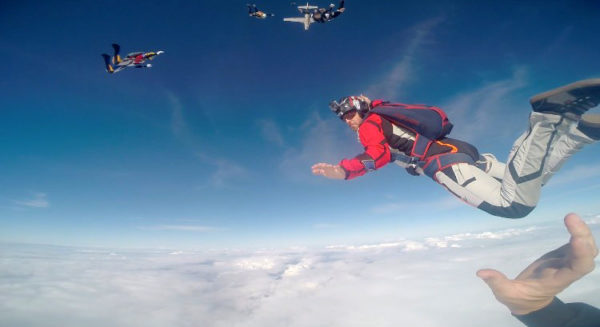 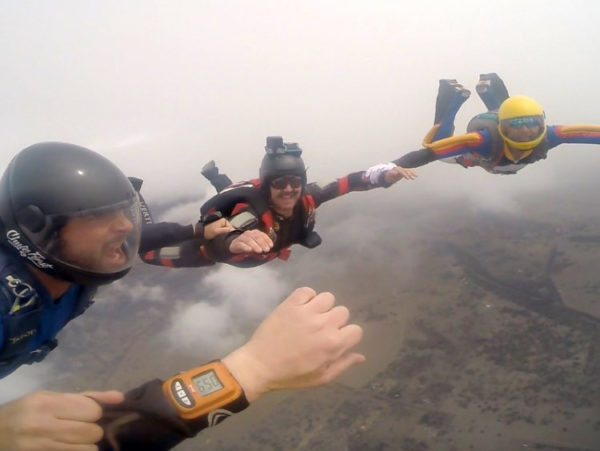 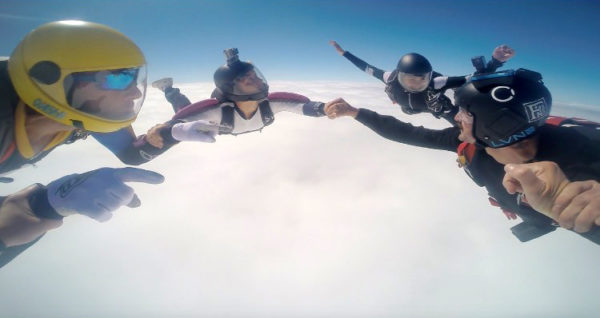 Sunday was a beauty weather-wise but numbers were down a bit, only 46 skydivers here but we did 9 caravan loads. Our Tandems today were Matthew John, Conor Hayes, Aaron Rainsford, Jake Burnell, Leigh McClymont and Darren Caroiff (Get Chopped Car Club) – Congrats everybody! Welcome to Ramblers.

Clinton Howard successfully completed AFF Stage 6 and Corey Waldron once again powering through Stages 7, 8 & 9 – completing his AFF! Well done mate.  Dayne completed B-Rel 2 with Robin. Helen smashed out 5 points on her B-Rel 5 jump. Rosie finishing her B-Rel training table with Oli and Kurt – Congrats. Laure did her (first) 4-way B-Rel with 6-pointer with coach Dave Girvin and his son Jett! Karl Herman did some headup coaching with Doyley. After all the work was finished the boys went for some sweet angle jumps. Love them! 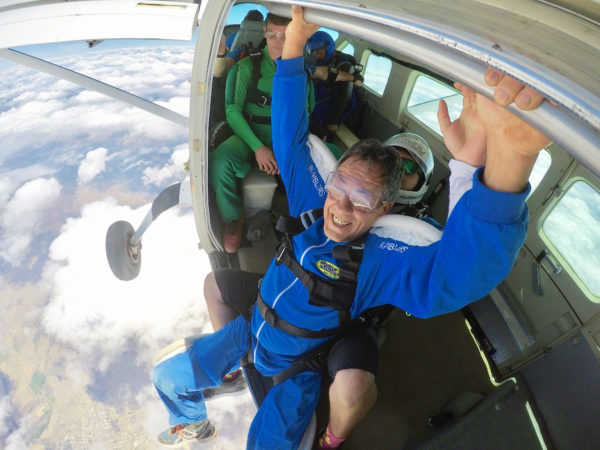 Another great week with a bit of everything happening. Thanks again to all the coaches and instructors.

Sergio Villagra – Thank you and if it wasn’t for Jared Moore telling me on missing out on something that cannot be described unless you do it yourself I would still be at home thinking if I should do it. Thank you to the friendly team too.

Conor Hayes – WAS THE BEST FEELING – NOTHING COMPARES – THANK YOU ALL

Such a good experience, they made it feel like coffee with an old friend!