Monday 2nd  –  New student for today was Tara Vakil who started her skydiving course and Damien Sweetman who returned after a few years and completed a refresher course. Not much else happened as it was very windy to jump today.

Thursday 5th  – Shaun Healy completed a Tandem skydive and loved it so much he did another jump the same day.   Kristina Truesdale returned and completed Stage 2 of her AFF Course.  Matt Ramlan did Stages 2 & 3 of his AFF Course, and Tara Vakil did Stage 4.  Then the westerly winds returned and once again stopped our skydiving fun.

Friday 6th  – Tara Vakil continued though her AFF Course with Darren. The local residence kept the plane turning all day.

Saturday 7th  –  Well…..it was a very hot day, temperature reached 42 degrees, but that didn’t stop anyone from jumping. New students Lee Fritz and Jamie Chalkley spent the day in the classroom learning how to skydive and later that day both completed Stage 1 of their AFF Courses. Jake Christie completed Stage 2 with instructor Oli. Tara Vakil did Stage 5 with Adrian. Chanel Sousa powered though her Stages 6, 7 & 8, and Adam Chow did Stage 8 with Darren.

Sara ran her Basic Canopy Course  on Saturday and Sunday with a great turn out and big improvements made by all. Emily coached Star Crests with a few gaining their crests over the day.

“Champion effort by Star Cresters Georgie, Ayla and Michael and their helpers today in 42°C ☀ completing their Star Crests. 🎉”

Thanks to Tish, Kristina, and Emily Hatfield for organising these events – proudly sponsored by the APF Fi Fund, SQPC and Ramblers. 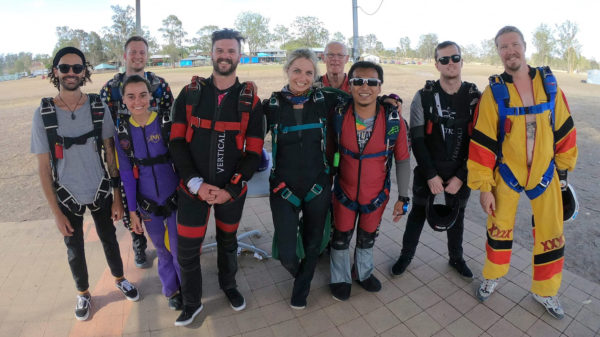 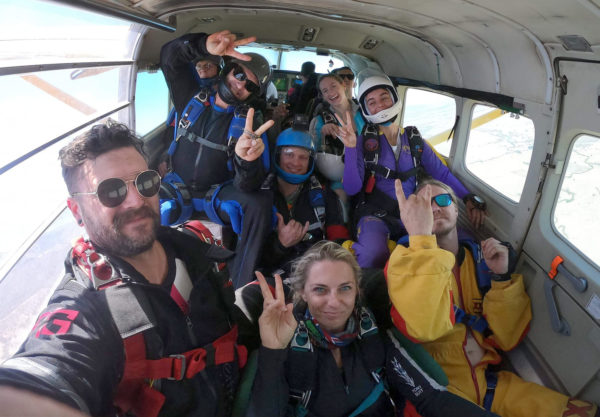 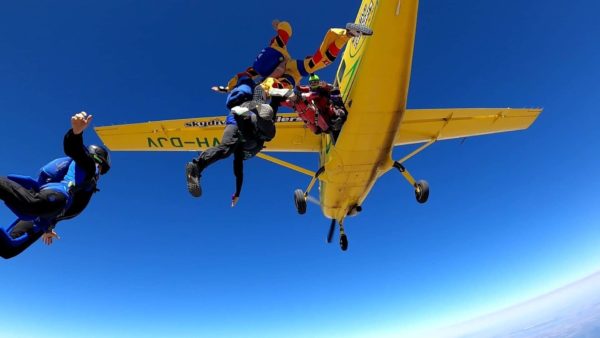 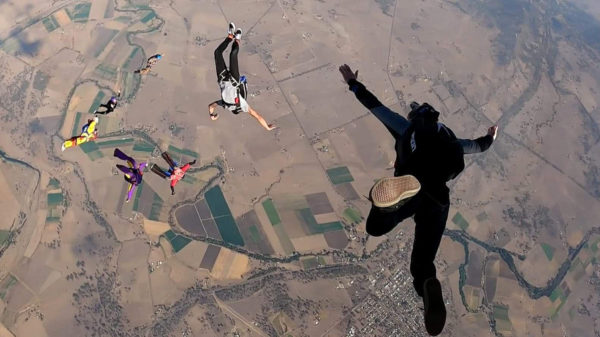 Earning your ‘Star Crest’ allows you to skydive with groups of 10 or more people. Learn more about earning your Star Crest and performing well on larger flatfly formations in the APF guide.

Sunday 8th  – A beautiful day for skydiving, and it was a little cooler then yesterday. The Tandem today was Morgan Stewart – congrats.  Jamie Chalkley completed Stages 2 & 3 of his AFF Course. Kristina Truesdale returned and completed Stage 3.  Ramon Postalli did Stages 4 & 5. Adam Young did Stages 7 & 8 and Chanel Sousa did Stage 9 – completing her AFF. Congratulations!

Great place to visit, top food and hospitality and plenty of Skydiving activities to watch and enjoy.