Monday 6th June – Another week and another first jumper, Riva D did Stage 1 of his AFF Course.  We did five loads altogether with only 8 jumpers here.

Tuesday was even better. There were 7 loads done and 24 jumpers here. Tandems for today were Brendan V, and Eloise S-S.

On Wednesday Student Hohepa W (Hoops) was back for AFF Stages 2 & 3. Riva D did Stages 5 & 6 and Alexander Y did Stages 8 & 9, – completing his AFF Course. Congratulations!

7 B-Rel Coach jumps were also done. Emily McG, Helen H, Riva D, Jayden W and Tamblyn N all got stuck into it. There were 3 loads done by 19 jumpers.

On Thursday there was lots more student activity. Watane W did Stage 3, Hohepa W and Jay T did Stages 4 & 5 and Riva D did Stages 8 & 9, – completing his AFF Course.  Another Congratulations! And Tiana H and Jayden W did some B-Rel Coach jumps. There were 4 loads done today and 27 jumpers did them!

Our students were active. Wade Y-T did Stage 2,  Mark C did Stages 4 & 5, and Iggy McG did Stage 8. Christer G and Scott R Did some B-Rel Coach jumps for their B-Certificate. There were 43 jumpers here and 7 loads done.

Saturday was busy and a bit windy. It didn’t stop the Ladies practicing for their record attempt. They did 5 practice jumps!

There were 20 loads including the 5 formation loads for the girls.

Sunday 12th June 2022 marks a milestone for the DZ. It is the 43rd Anniversary of the opening of the Drop Zone, the 12th Anniversary of arrival of Homer, our Cessna Caravan and two days before the commencement of the Drop Zone Swoop Pond!! (We used to have a Queens Birthday Long Weekend on this weekend. Bring it back I say!)

It got a little bit windy as the day went on but it didn’t stop the girls doing formation loads, and it paid off with the girls setting a new Australian Record for a 19 way round Star Formation – Congratulations Lady Sky Gods!

And along with the record attempts our Tandems for today were Nadine W, Lynette T and Catherine H.

A new women’s Australian skydiving record has just been verified by judges! 19 women built a star formation at Skydive Ramblers in Toogoolawah, QLD on Sunday – beating the previous record of 16, set in 2021 at Skydive Nagambie.

“It was such a special moment; participants travelled from all over Australia for this record attempt, something that hasn’t been possible for quite some time due to all the COVID border restrictions and shutdowns. It was great to be able to reunite with amazing women from around the country and work together to achieve something great.”
– Kristina Hicks | Take Charge Coaching | Record Organiser & Coach

12th June – Lyn T: “Fabulous experience for an oldie!  Olly was brilliant at keeping me calm!” 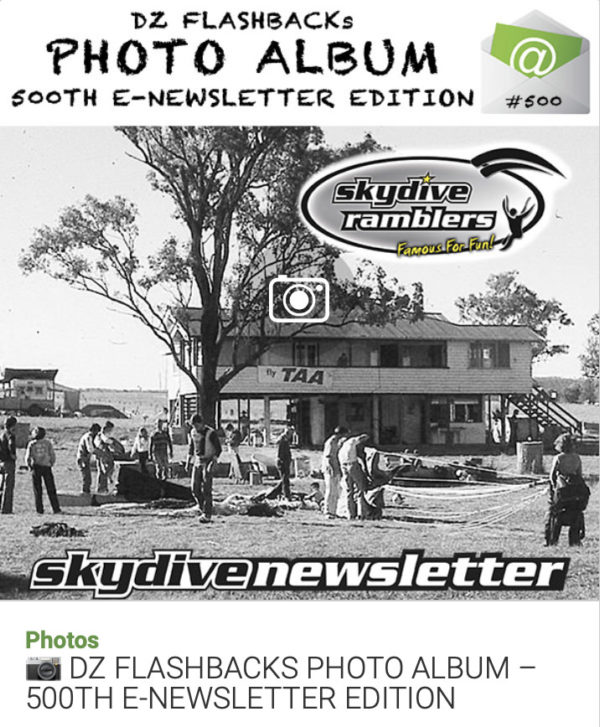 Hey guys,
Thanks for running the Learning Curve Camp last week! It was run to your usual high standard and was a very beneficial experience, especially given my lack of currency after the main COVID closures. I thoroughly enjoy attending these weeks and really appreciate the time dedicated by the whole team at Ramblers, including the instructors, manifest, cafe team, aviation crew/pilots, and support staff. You are all legends and I look forward to coming out again in the near future.
Cheers, Adam.