Monday 20th September The start of another Learning Curve Camp and what a great start it was. Perfect weather, lots of Wingsuiters here for Woody’s tuition and lots of other LCCampers!

And lots of students. Saeren Tanton did Stage 5 of his AFF Course, Brandyn Armstrong did Stages 5, 6 & 7 and Doug Dixon did a refresher. Jason Chamieras did two B-Rel coach jumps and Charles St. Germain did one. And Homer the Caravan did 11 loads.

We won’t mention Tuesday. (Ok, it was blown out! Lots of packing lessons and little seminars kept the Campers occupied).

However Wednesday and the rest of the week was perfect skydiving weather. Today we had two new Tandems, Benjamin and Charlotte Gormley.

We also had two new students, Charlie Macklin and Daniel Saunders each did AFF Stages 1, 2 & 3. Owen. Botham did Stages 8 & 9 – completing his AFF. Congratulations! Charles St. Germain and Ben Parker each did a B-Rel coach jump and Andre Damesceno Floquet did two. The LCC really picked up and lots of loads were done. And Harvey’s landin videos were back in full swing.

Thursday was another good LCC day. And our students were also getting stuck into it. Charlie Macklin did Stages 4 & 5 of his AFF Course, Daniel Saunders did Stage 4, 5 & 6, and Christian Sutton did Stages 5 & 6. Samuel White and Ben Parker both did B-Rel coach jumps. Lots of loads were done.

Friday again great weather and lots of LCC loads. We also had Garth Craven, Danial Dennett and Joseph Green here for a Tandem.

And two more new students Marcela Badim Rocha Lima and Lars Christoffersen did Stage 1 of their AFF Courses.  Charlie Macklin kept at it and did Stages 6, 7 & 8. Ben Parker and Charles St.Germain each did two B-Rel coach jumps. It was a fantastic Learning Curve Camp week. Harvey’s landing videos had a captive audience every night; the seminars were terrific and the weather was (almost) perfect.

Saturday was flat out. The weather stayed good and the weekend jumpers arrived early. Both Caravans were kept busy. There was a lot of everything going on. Our Tandems today were Layla and Warren Crawford, Camilla, Kirra and Stina Jensen, Stella Marschke, Cameron Weismann, Lachlan Baxter, Jake Brown, Cooper Gosney, and Charlie Moore. 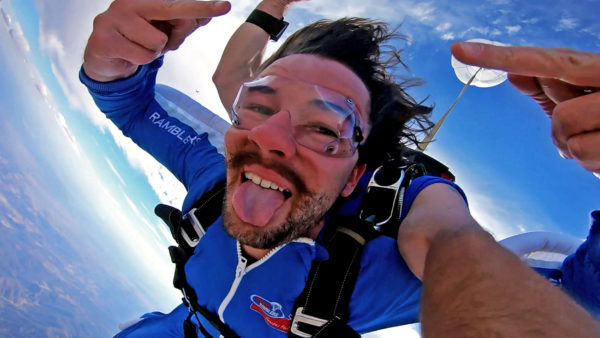 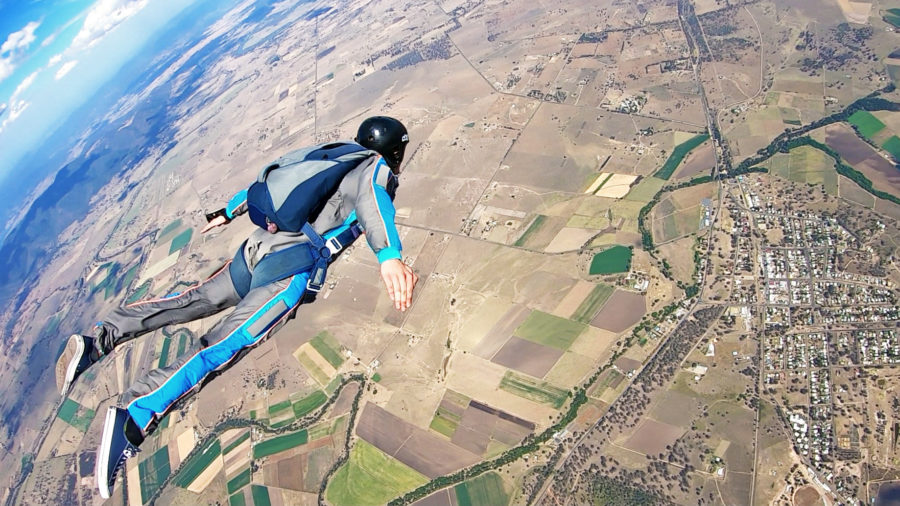 Our new students from yesterday, Callum Reid, Brody Moffat, Dean Lovatt, Charlie Godfrey, Jackson Denton, and Dan Burns all did Stages 2 & 3 of their AFF Courses. Lars Christoffersen and Marcela Badi Rocha Lima did Stage 4 and Derek Shuai Cang did Stage 8. Lots of fun jumpers were still around and it was a pleasant end to a great week of Skydiving! Thanks all you tandem masters, instructors, coaches and pilots, our Café operators and especially our Manifest girls.

Camilla Jensen – “Epic fun, buzzing for days! Thanks heaps to everyone at Ramblers, and my instructor Oli!

The most inspirational Drop Zone on the Planet bar none... Peace n Love