The skydiving week was off to a wet start on Monday 22nd March, and Tuesday and Wednesday. There was no jumping.

Thursday was better weather, no more rain but a touch windy. Sara’s Canopy Handling group got three jumps done.  Mikel Acuna Lumberas did one jump towards his B-Licence.

The night Tandem was Holly Leisemann and Sara was her Tandem Master. Holly is Tyla Leisemann’s sister, Tyla started her Learn to Skydive Course with us and now has over 150 jumps.

More Tandems Saturday. Michael Mitchell, Emily and Lonnie Boxfell, Stacey and Paul Peters, Montana Vidoni, Carlie Cumner, Charlie Betts, Clemente Capdevila and Abigayl Schultz all took to the skies. It was a cracker of a day. 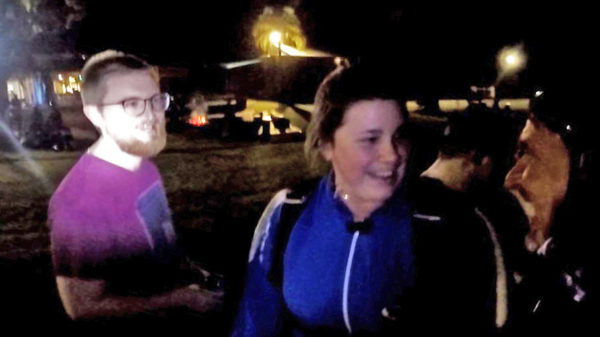 Sunday  was another beauty weather day. And another Tandem today, was Ally Maurer.
Yash Dosanjh did Stages 2 & 3 of his AFF Course. Jackson Wales did Stages 2, 3 & 4, Tony van der Linde did Stage 7, and Chloe Nicol did Stage 8. Well done, student canopies filling the skies. Bring on the Learning Curve Camp! 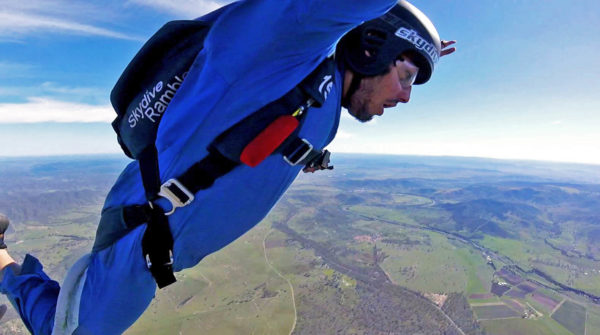 Paul & Stacey: “Olly & Ty – Thanks for an amazing experience”

Emily Boxsell: “Loved it!  Want to come back!”

Ally: “Loved it!  Service was awesome.”

Had an absolute great time learning this amazing sport... I am absolutely hooked. My partner also did 2 tandem jumps, considering that she doesn't like flying or heights and yet due to the nature of Ramblers and their instructors and staff, she is definitely hooked as well. Absolutely recommend Ramblers either for an experience of a life time or to complete a full course. You will not regret it.