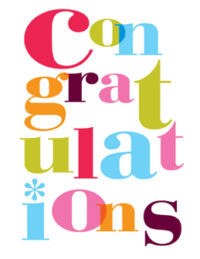 Newsletter time again. It’s Monday 6th November. It was a great little day. Tandems today were Dannielle Drake and Matt Zuccaro. Student Ekrem Denmircan did Stage 1 of his AFF Course, Stephens Hicks did Stage 4 and Thomas Yeo completed Stage 5. There were a few fun jumpers here. Shelby was busy with her B-Rels. 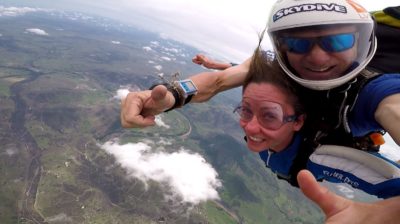 Wednesday slowed a little. Ekrem did Stage 5 of his AFF Course and Steve did Stage 8.

On Thursday Roger was here with new student Ben Hespe who did Stages 1 & 2 of his Wind Tunnel Skydiving Course. Ekrem continued on with Stages 6 & 7.  Steve Hicks did Stage 9 – completing his AFF. Well done! Shelby was back. So was Doug Pryor, warming up for some big way action at Moruya.

Friday was a non-event. The weather was windy and overcast – not good for skydiving. Saturday wasn’t much better. The weather again was bad. There was no student jumping and only 2 loads of experienced jumpers got a couple of loads in before lunch. And that was it for the day.

Sunday was better weather. There were half a dozen keen students getting stuck into it. Plus four people were here for a tandem. Bianca Shaw, Tayla MacIntosh, Luke Radley, and Sharon Sheppeard. Jared Eppelstun did Stages 1, 2, & 3 of his AFF Course. Ekrem did Stage 8 and James Gentle did Stages 8 & 9 – completing his AFF, congratulations!

It was a good week overall. There are some beaut photos. It’s always good to see new jumpers finishing their formal training and watching the “intermediates” progressing. 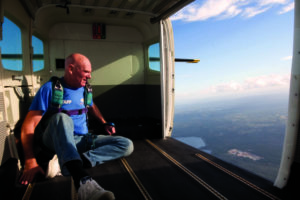 Sharon Sheppeard – Amazing tandem.  The view and freefall was a great buzz.  Lady Sara made me feel safe.  Thank you awesome!!   Made me feel like a bird.