Congratulations for their latest achievements go to:

Monday 26th April, holiday! About 45 skydivers were here and took to the skies for eight loads. The week was off to a good start. New students Alex Weickert  & Jay Goodwin did their Stage 1 of the AFF Course.  Alan Kitchener  &  Max Ambrose did Stages 5 & 6. Daniel Fisher did Stages 7, 8 & 9 and Jackson Wall did Stage 9 – both completing their formal AFF Courses. “A” Certificate next!

Our only Tandem today was Max Waddell.

It was back to normal on Tuesday, except for Alex & Jay who continued on with their AFF training. Alex did Stages 2 & 3 and Jay did Stages 2, 3 & 4. And another few jumpers who filled the three loads! 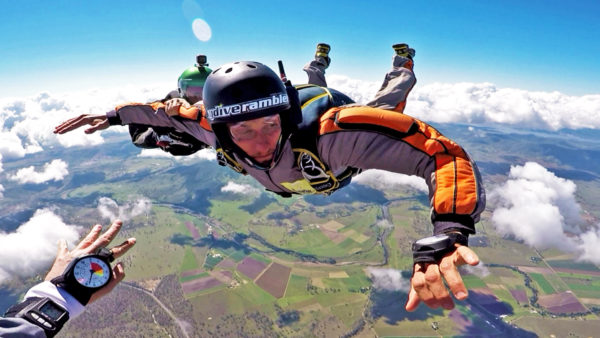 Wednesday was four load day. Our Tandems were Bronwyn Reaich and Lachlan Brown.

Thursday  was fairly quiet day, 10 fun jumpers did a couple of loads.

Friday was a bit sad weather-wise, especially for the swoopers who were here for a seminar. They got four loads done in the weather breaks. Our new students Zaid Wall and Calypso McDonnell started their 1st Jump Course and did Stage 1 TAF. Tim Mingay was back for a Refresher. There were a few skydivers here but the clouds were low.

And Zack Rosser ran a Canopy Coaching Course across 3 days doing about 5 Hop ‘n’ Pops per day, all of which filmed & debriefed. The course was aimed towards all licenses for those that are wanting to learn more about the basic fundamentals of canopy controls, becoming a more confident canopy pilot or wanting to work towards downsizing to their next canopy. This event was proudly supported by the APF Fi Fund, SQPC & Skydive Ramblers.

Saturday was weathered out. There were lots of skydivers here but only one low load done.

Sunday‘s weather was a bit better, we did eight loads to height and the swoopers were on most of them. Our  Tandem today was 14 year old Paige Stuthridge. Our new students from yesterday, Zaid Wall and Calypso McDonnell got their first AFF Course jump done.

“At the airport reflecting on my time here in Brisbane and I’m beyond happy with how it’s gone.
The canopy course faced some frustrating weather forcing us to spend time on the ground blind packing, monthly maintenance, goal setting, the list goes on. We did get a break and smashed through some jumps on the Sunday getting a chance to put the visualisation of our jumps into practise. Seeing so many people overcome their fears, crush their weaknesses and achieve their goals is the reason I love doing this!
I did manage to sneak in a few cheeky lobs which was the cherry on top too the trip!
Thanks to Skydive Ramblers for having me, you guys really do have a little piece of paradise there and I’m excited to return! Thank you to Queensland Parachuting Association – NQPC and SQPC for their continued support in sports development.”

It was a great week and today was the middle of a long weekend so the party and bonfire were great!

Wow.......you guys really know your stuff. Professional with a Capital P....all the staff genuinely WANT to be there, no shortcuts to compromise safety at the same time making "us mortals" feel 100% safe.