Good days jumping on Saturday, weather was great, we did our usual 4 jumps and welcomed Karen McEvoy back into the rel workers fold. Check out the vid’s and photo’s. Was a bit of a blast for me as Karen was one of my instructors back in the day and so has witnessed me being a turkey on multiple occasions so I was amused to see her suffering a bit of performance anxiety, did well though, maybe a couple of grip changes but I won’t tell anybody. Big smiles from everybody and that’s what it’s all about.

Dave did his usual great job on video even though Frank tried to take him out on one of the jumps. Next jump for me will be the C17, have 14 confirmed names on the list so if you want to play please let me know so we can plan the event.
Hope you all have fun in the upcoming boogies, don’t forget I’ll be sitting in the back yard watching chanting “chop chop chop” as I watch you all open. 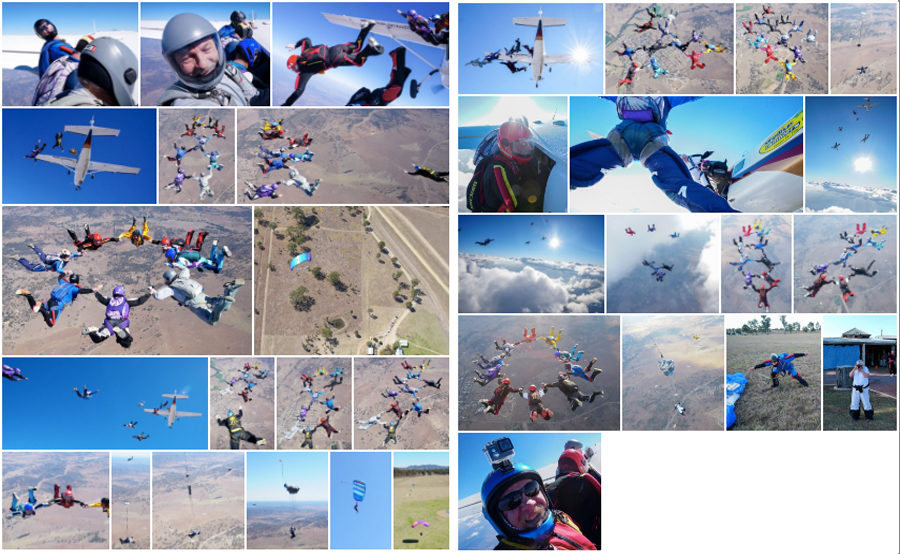