Jumping from an aeroplane is a special thing. It’s the adventure of a lifetime, and it’s guaranteed to be ripper. That being said, your time is a precious thing, so, naturally you’re wondering how long does skydiving last?

How long does skydiving last? It all depends. Allow us to explain.

It’s all in the discipline.

Within skydiving, there are several divisions; in the sport, we call these disciplines. Some individuals fall with their stomachs relative to the earth. These jumpers participate in a discipline called Formation Skydiving or Relative Work. Because of a greater amount of exposed surface area, these jumpers experience more resistance from the air and do not fall as quickly. Thus, their descent rate is slower, and their skydive freefall time lasts a bit longer than someone participating in another discipline like freeflying. In freeflying, an individual may be in several other orientations: either head up (like they are sitting in a chair), standing (literally standing while free falling), and head down (just like it sounds!). 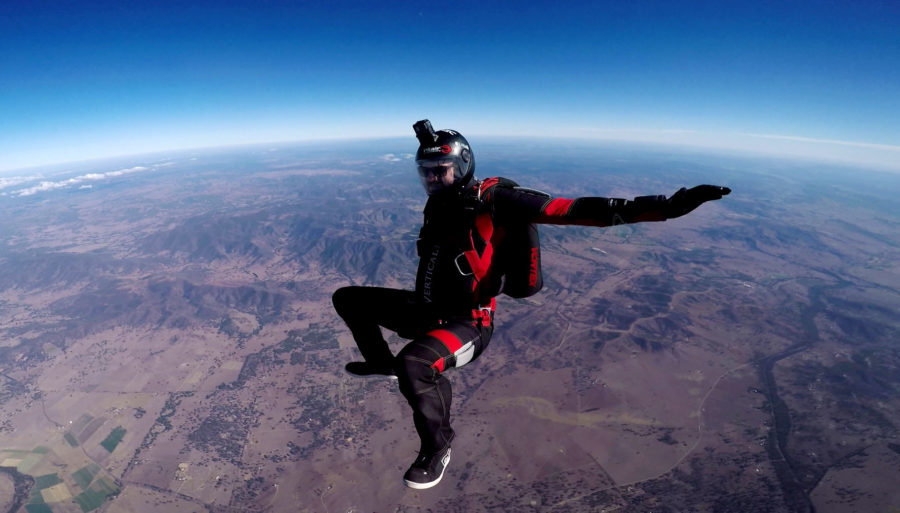 How does this affect how long skydiving lasts? 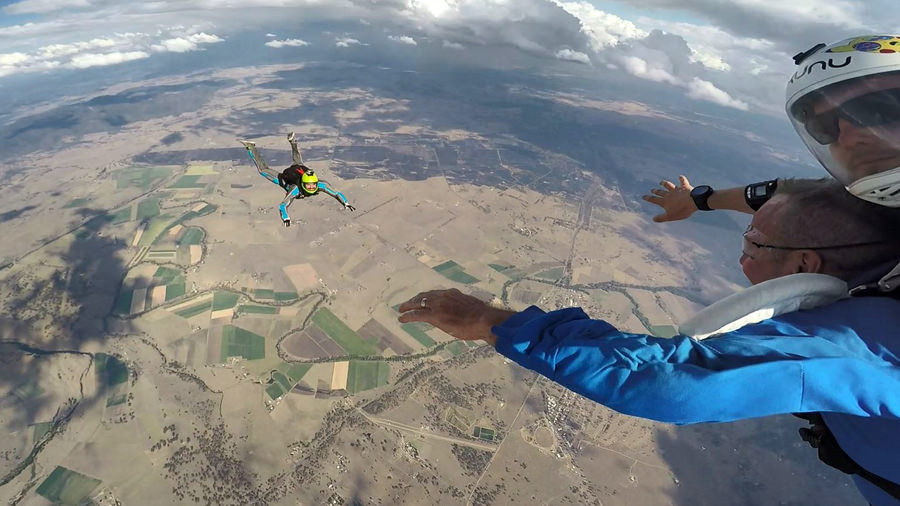 How fast do you freefall?

A tandem pair of skydivers will fall at much the same rate as a single jumper in a stable belly-to-earth body position, at about 200 km/hr. How is this possible when there are two bodies rather than one? Tandem skydiving equipment makes use of something called a drogue; acting as a mini-parachute, the drogue helps to slow the rate of descent and provide a bit of stability and support for the tandem pair.

Fun Fact: Henrik Raimer of Sweden has the record for the fastest skydive. He reached a speed of 601.26 km/h during a speed skydiving competition held in 2016.

How long does skydiving last?

Typically speaking, how long skydiving lasts is going to depend upon several factors: altitude, weight, and equipment used. The freefall portion of the skydive will last approximately 60 seconds. After which, at the appropriate altitude of 5,000ft, the parachute will be deployed. Tandem skydivers can expect to spend around four to five minutes sailing amongst the clouds—your instructor may even let you take a turn at flying the parachute! 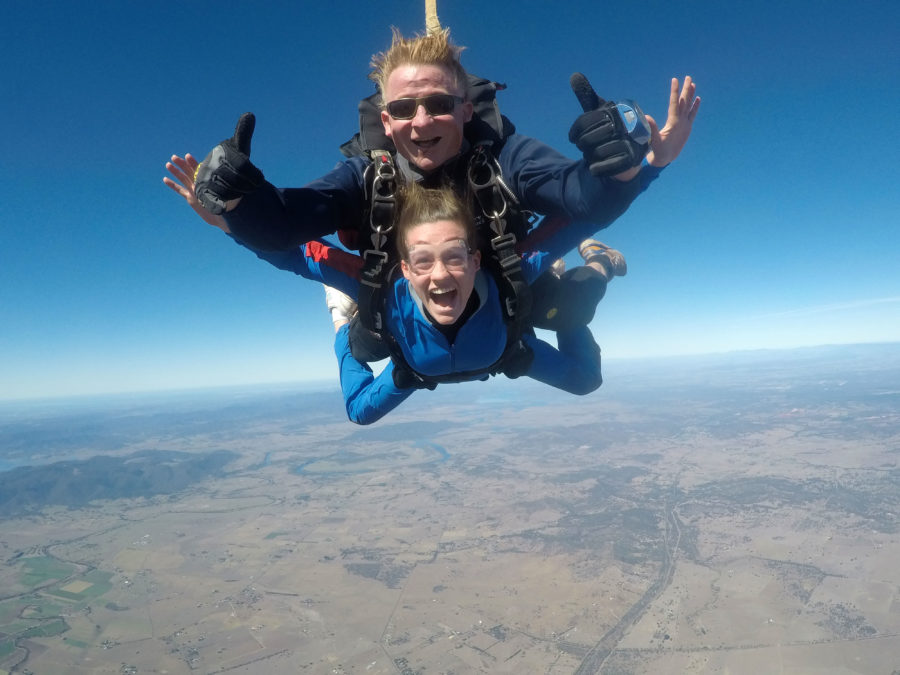 While approximately 60 seconds of skydive freefall time might not sound very long, the time you spend in freefall will seem much longer. Flooded with adrenaline, your body will take in every ounce of sensory input and stimulus. The result? Time seems like it slows!

Don’t believe us? Come try it for yourself with a tandem skydive at Skydive Ramblers today!