Monday 11th  was a quiet start to the week. No loads due to the weather.

Tuesday was better. Several loads were done and Michael Foenander and Hiro Xu did Stages 2, 3 & 4 of their AFF Courses. Kristina, Finn and Kurt got stuck into it along with a few regular fun jumpers.

Another three loads were done on Wednesday. Grace Dunbar arrived for a Tandem.

Michael Foenander powered through AFF Stages 5, 6 & 7 and Jacob Leggett did a Refresher. Kurt was still having fun. So were other fun jumpers.

On Thursday Michael Foenander did Stages 8 & 9 – completing his AFF Course. Congratulations! Chico did B-Rel 3. The regulars plus some also got stuck into it.

By Friday we had run out of AFF students but Rhiannon and Kurt carried on with their B-Rels. More fun jumpers arrived.

Bad weather also arrived on Saturday. However some loads got in the air. Our new students, Mathew Docherty, Joshua Hart, and our pilot Dominic Gretener all managed to get Stage 1 done.

The Bellas all-girl 4 way team managed a couple of practice jumps and Mossy’s new 8 way crew managed to get one training jump away. The rest of the fun jumpers here dodged the clouds.

The low cloud base on Sunday morning kept everybody grounded. Eventually it lifted and fun jumpers, teams, students and our new Tandems Tarley Maddern, Luce De Yrigoyen, & Evert McQueen got to skydive.

Alastair Bell – Will be back amazing! 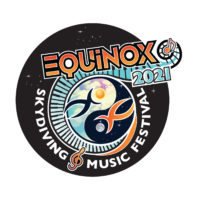 This is the place for your AFF Skydive Course! It was one of the most memorable experiences of my life and in no small part due to the great people at the Toogoolawah dropzone. I highly recommend this place for those considering learning how to throw themselves out of a perfectly good airplane. You won't regret your decision.