It’s the last day of July, Monday 31st. Channel 9 came for a visit and Clare Van Dorssen did a jump for them. Student Angela Lions did Stages 7 & 8 of her AFF Course. 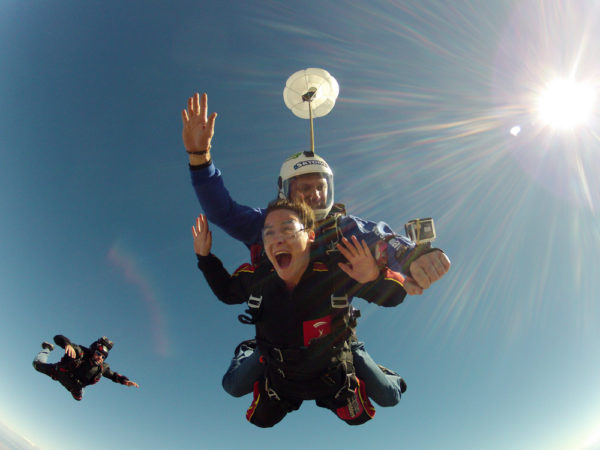 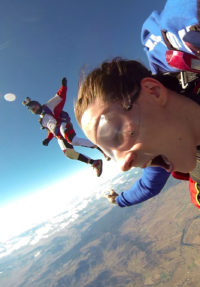 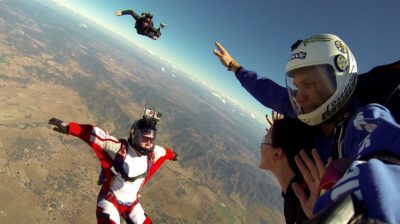 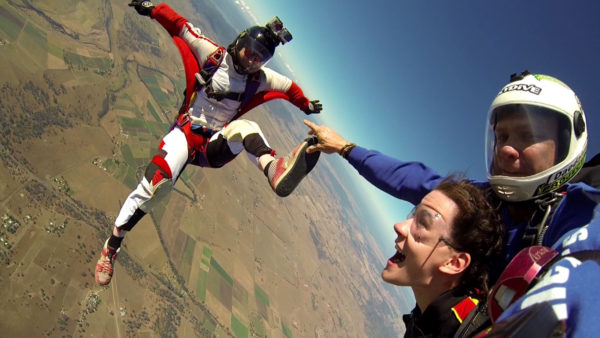 Tuesday August 1st we did a few 182 loads. It was the start of a slow week. 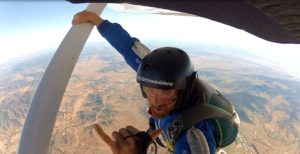 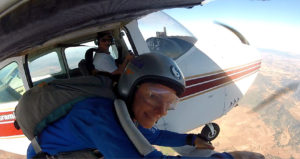 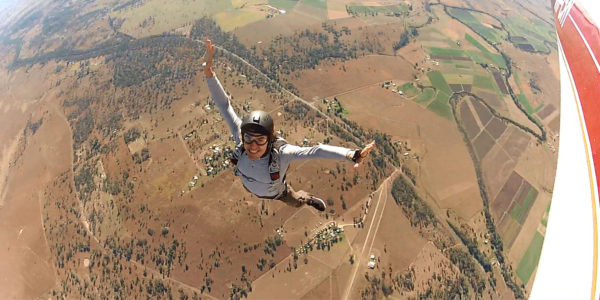 On Wednesday, Thursday and Friday it might have been slow, but it didn’t stop Will from France, he did between 5-10 jumps a day!! He clocked up quite a few jumps out of the 182. Other fun jumpers also did a few but Wills was on every load! 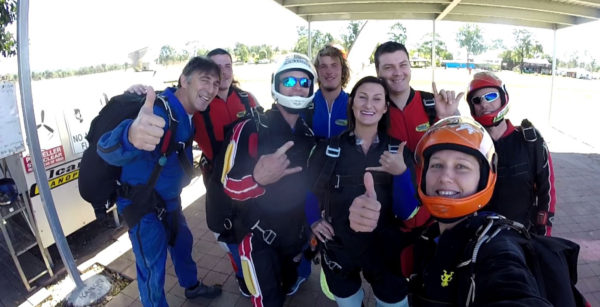 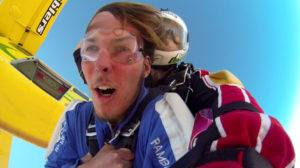 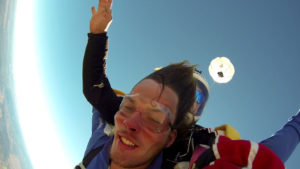 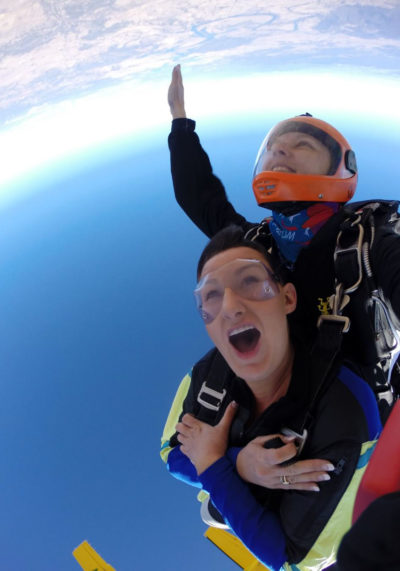 Kelly-Anne in tandem & after landing – Photos by Sara 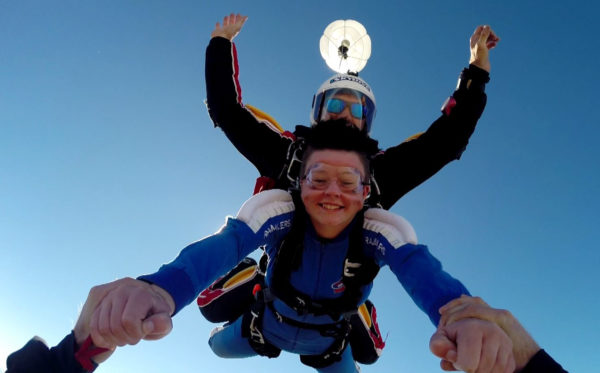 Student Brett Jeisman did Stage 2 of his AFF Course, and Aidan Everingham did Stage 8. 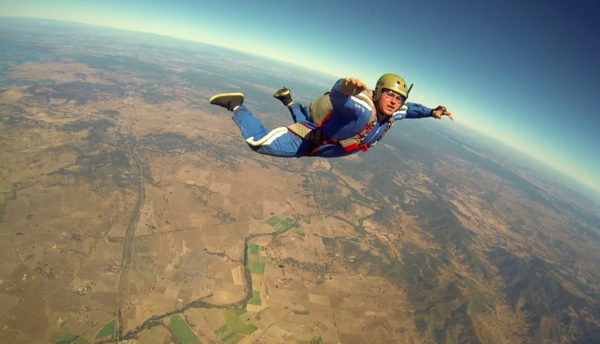 On Sunday it was quiet. The weather started not good and people left early. However Robert Muller came for a tandem and waited for a break in the weather, it was his surprise birthday present. His patience was rewarded with a jump with Scotty. 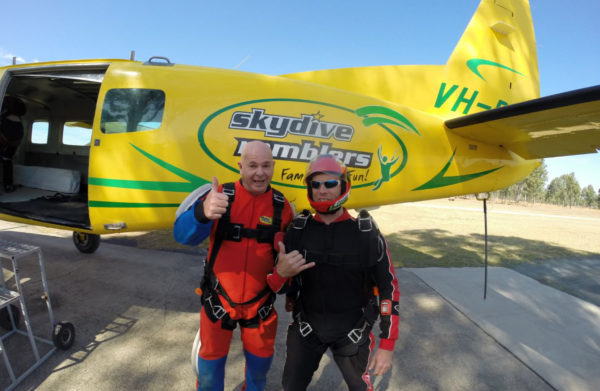 Rob before his jump with Scotty 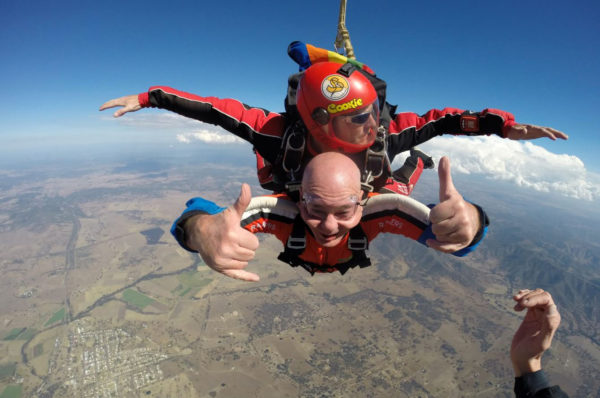 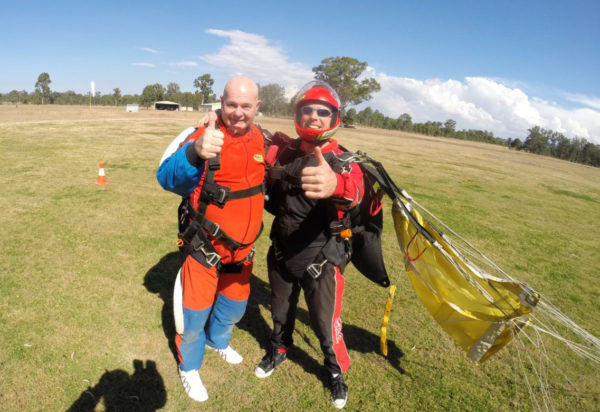 A few other diehards were also rewarded with a couple of late jumps out of Homer. 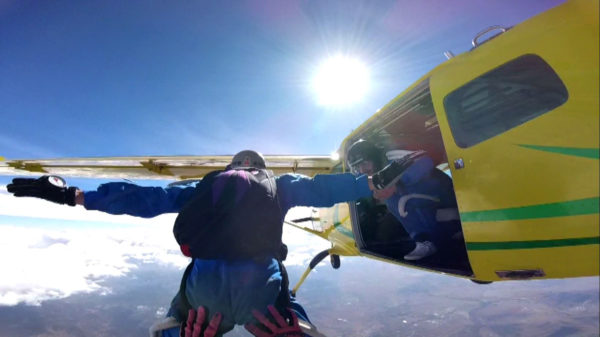 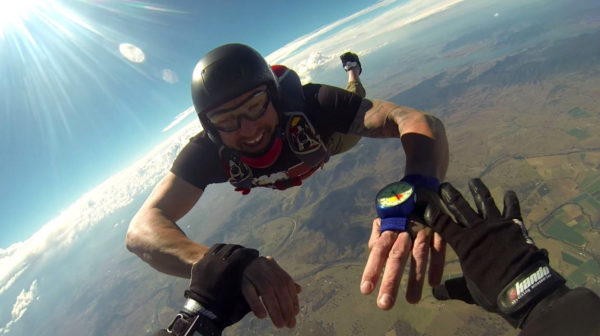 Kelly Colley:
“Incredible!! So much fun to do a tandem with Sara!!  Felt so safe and  just exciting :-)”

Daniel Willett:
“Absolutely spectacular experience, could not have had a better instructor – Thank You Ramblers.”